Employee recognition programmes – just why are they so important? 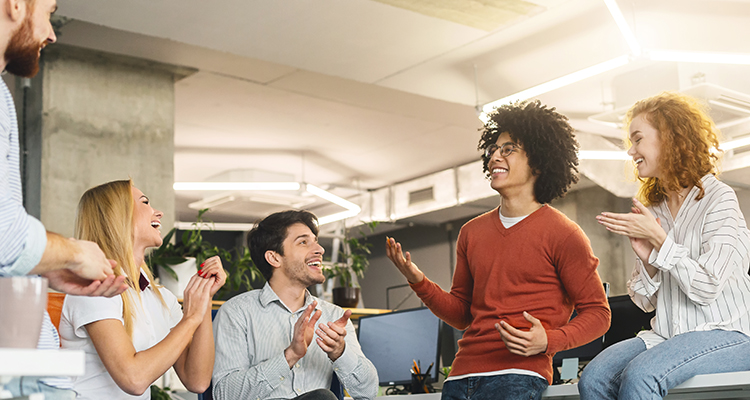 One of the biggest misunderstandings in business is that remuneration is the key driver of motivation in the workplace. A new research conducted by Harvard Business School Assistant Professor Ashley V. Whillans, shows that more than 80 percent of US employees say they do not feel properly appreciated or rewarded, despite the fact that an ever-increasing number of US companies are allocating more than a fifth of their yearly budgets on salaries. The research shows, in fact, that what employees desire is to sense that their managers recognise and appreciate them beyond the provision of financial rewards. Whillans states that non-monetary rewards (usually unified through an employee recognition programme) are effective because they hit three major psychological triggers – desire for autonomy, for appearing competent, and the sense of belonging.

Assigning a monetary value to their performance continues to be important and should not be scrapped altogether, but recognition allows the employer to act on a more personal level, thus devising a creative and fertile environment rather than a competitive one. Don't get us wrong: money is still one of the best incentives, but it is undeniable that most people rightfully feel uncomfortable talking about money, so a monetary incentive is rarely talked about with their colleagues. On the other hand, according to Whillans, with incentives such as “a nice dinner or trip, they will talk about it with their co-workers, and that can motivate everyone. She adds that these awards are “more memorable and emotionally satisfying to them than just receiving cash, so it can act as a stronger motivator”.

One of the advantages of a good employee recognition programme is that it works in a vertical and horizontal way. In other words, praise does not necessarily have to come from senior management; it can come from peers too. It is often a good idea, for instance, to assign a certain amount of points to each employee, to be publicly or anonymously given away to colleagues for accomplishments in the place of work. This is a reasonably economical way for the employer to boost morale and build social connections. It also sends an exceptionally strong message to the recipient of the “thank you” and, even more importantly, to the rest of the workforce.

All of this is not achieved without a properly established and recognised company culture, one which encourages the sharing of commonly accepted values. However, Whillans continues that believe it or not many managers often: “feel awkward showing gratitude and shy away from recognition. That’s why organisations need to make a push to help managers with this. It can be all the difference in whether a talented worker stays or goes”.

This is in contrast with negative feedback which is seen by managers as an unpalatable but essential component of their role. A quick online search points us in the direction of an interesting study by Harvard Business Review. 44% of managers surveyed agreed that giving negative feedback was stressful or difficult. But whilst 21% of managers admitted that they therefore avoid giving negative feedback, 37% conceded that they don’t give positive reinforcement: “We can only conclude that many managers feel that it’s their job to tell their direct reports bad news and correct them when they make a mistake, but that taking the time to provide positive feedback is optional.”

This lack of positive engagement can be summed up by saying that stakeholders sometimes assume that negative feedback is more useful than positive feedback. This is incorrect as it belittles the value of encouragement as a motivator while exaggerating the gain provided by adverse judgement. This ends up dwindling a manager's influence and efficacy thus obtaining an effect opposite to the desired one.

In conclusion, there is no one way to establish an effective employee recognition programme at work but one should certainly incorporate key elements which include both vertical (manager-to-employee) and horizontal (peer-to-peer) forms of recognition built on positivity rather than criticism. Making sure that appreciation is made publicly also helps increase motivation in the workplace with the welcome result of increasing employee retention.

Not sure where to start with employee recognition? Learn how to develop an effective recognition strategy with our popular e-book.

Back to Blog
Topics: Employee Recognition