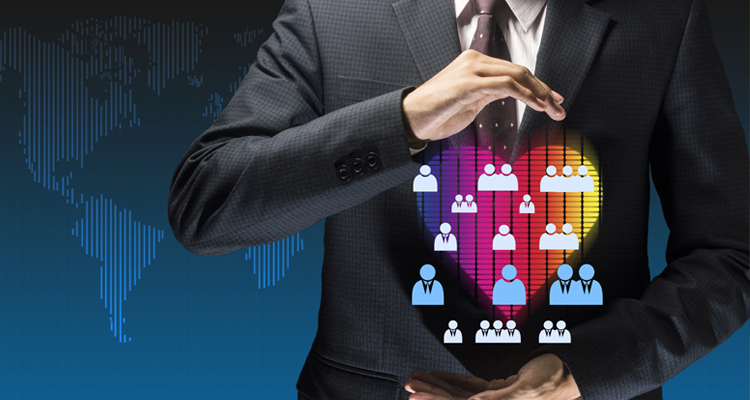 One third of employees feel undervalued, whilst a third of companies don’t have an employee recognition scheme in place, according to a survey of 1,000 employees across UK businesses employing more than 500 people.

The survey - conducted by CENSUSWIDE on behalf of Xexec, the leading provider of employee benefits, reward & recognition and customer loyalty schemes – also found that over a third (35%) would be unlikely to recommend their current employer to friends.

The results, analysed by Xexec, suggest that big businesses have a long way to go when it comes to making employees feel valued and recognised, and that employers need to work harder to instill a sense of loyalty from their staff.

Employers need to do more
Despite topics such as employee recognition and wellbeing being talked about in the media and across the industry, it’s clear that many employers are not actually adopting these strategies. Moreover, where you live and the sector you work in can have a big impact as to whether your employer takes these issues seriously.

Over a third (36%) of businesses don’t have a reward and recognition scheme in place. Employees in the education sector are least likely to have access to such a scheme (55% of employers in that sector don’t have anything in place). In geographic terms, the Welsh are worse off, with just 43% of employers having a scheme in place compared with the North of England where 69% do.

For those employers that do have employee recognition schemes in place, many employers are still favouring traditional rewards such as vouchers (32%), small cash rewards (24%) and meals with colleagues (22%), which were first, second and third most commonly given rewards. A much smaller percentage of employers were offering more bespoke/personal incentives such as training (10%) or experiences to share with family and friends (8%).

Nearly half of respondents (46%) believe that little interest is taken in their physical or mental wellbeing. Moreover, the evidence indicates that the longer you are in employment the less your company is perceived to care about your wellbeing (59% of those working for one year believed their employee took an interest in this, whereas this reduced to 39% for those who had been working for 10 years or more) suggesting that companies needed to provide more support for longer term employees.

What employees want
Though financial incentives and rewards are, perhaps unsurprisingly, a favourite amongst employees, other factors, particularly those related to work-life balance and employee recognition, have an important role to play. Priorities differ slightly depending on whether related to job seekers, or existing employment.

For example, for jobseekers, the three most important things to look for in a job were salary (74%), work-life balance (44%) and location (42%). The top three factors deemed most likely to instill loyalty in employees, however, were financial bonus (58%), work-life balance (39%) and being recognised and valued in the workplace (38%). Flexible working, employee benefits and a career path were also popular, all being chosen by over 20% of respondents.

Political and economic uncertainty is a major concern
Brexit and the increased cost of living were the biggest concerns for UK workers in big companies (44% and 38% respectively) however concerns differed amongst sectors and demographics. AI was deemed to be the biggest concern for HR practitioners (38%), whilst Brexit was the primary concern both for 25-34 year olds (45%) and those living in Scotland (56%).

Comments from Jamie King, Head of Global Reward, Xexec: “Engaging and motivating staff should be a priority for any business but particularly so for larger employers for whom employee retention is a major concern. What’s clear from these results is that big businesses need to do more to make their employees feel valued and recognised. Whilst there’s a lot of interest in topics such as employee recognition and wellbeing, over a third of employers are falling short in this respect.

Whilst annual bonuses and financial rewards are, unsurprisingly, very popular amongst employees, what’s clear is that employers need to go above and beyond these to really instill loyalty and genuine engagement amongst their staff. Factors such as work-life balance, flexible working, employee benefits and making employees feel recognised are hugely cost effective when compared with financial rewards and, as we can see, are highly valued by employees.”

If you'd like to find out how to build an effective recognition strategy for your business, download our exclusive e-Book with a case study from Anglian Water.

Back to Blog
Topics: Reward and Recognition