Employers Wake up! What do younger employees want? 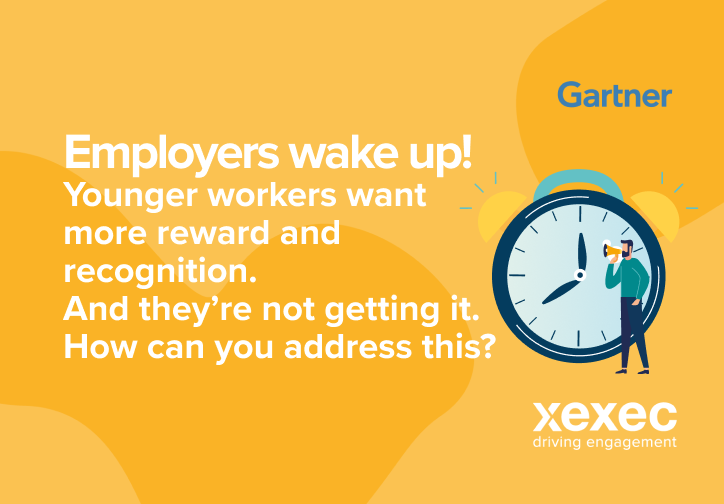 Type the words ‘Millennials are’ into Google Search and auto correct will reveal some interesting insights.

Among the suggestions are 'lazy entitled narcissists', 'lonely' and 'doomed'. Then you get the weird ones. 'Millennials are... killing the doorbell industry' is an answer no one would have guessed.

You have to scroll down quite a way before you arrive at a genuinely factual answer: 'Born between 1981 and 1996'.

The exercise reveals the many stereotypes that surround today's younger cohort. They are typically characterised as earnest, idealistic, self-absorbed and a little sensitive.

All of this is up for debate. One can argue that these same traits could be applied to any younger generation at any point in history. There's plenty of evidence for this. After all, the cohort coming of age in the 1970s were called the Me Generation. In 1976, the author Tom Wolfe described baby boomers (born between 1946 and 1965) as 'self-absorbed and spoiled'.

But if Millennials do possess a particular set of values and behaviours, how is that impacting the workplace – especially in terms of attitudes to reward and recognition?

A recent survey by Capterra (a software review specialist owned by Gartner) revealed some interesting insights into the topic.

The study of small to medium sized UK enterprise employees suggests that Millennials are shaking up the way companies reward their staff.

Its headline finding was that recognition at work really matters – and that younger employees are helping to drive a culture of smarter workplace rewards. This is significant, given that by 2025, 75 per cent of the global workforce will be made up of millennials.

In all, 78 per cent of Capterra respondents said recognition is a strong motivator for them. And among this cohort, 41 per cent were aged between 25-34.

Why is this? Well, the Capterra study offers some explanations. It links to a report by the recruitment group Robert Walters 'Attracting and Retaining Millennial Professionals'.

The paper asserts that Millennials simply care more than other age groups about workplace culture. It says 75 per cent of Millennials consider an engaging and fun workplace important or very important to them, compared to just 58 per cent of Generation X and 45 per cent for Baby Boomers.

The takeaway? If life at work is more meaningful for Millennials, it's easier to see why they might value reward and recognition more highly.

So what types of recognition do today's employees seek?

Interestingly, the Capterra study shows workers of all ages want a combination of personal validation and material rewards. When respondents were asked what type of recognition they would like to get the most popular choices were:

It's important to note that the above represents a wish list. It's what people want, not what they get. Regrettably, the survey reveals that 56 per cent if workers don’t think they receive enough recognition from their companies.

This is a little odd, given that bosses seem to understand the value of rewards – or at least say they do. Virtually every employer (96 per cent) interviewed by Capterra agreed that employee recognition is key to retaining talent.

Of course, one way to remedy this quickly is by establishing an employee recognition program from a company like Xexec. These programs make it easy to manage every kind of reward. Employers can organise their schemes with minimal effort, set up new rewards quickly and track all redemptions on an easy-to-use dashboard.

Staff get more choice too. When they receive points or currency, they can redeem them on rewards that are relevant to them – everything from vouchers to experiences, holidays, tickets and charity donations.

At present, barely any employers interviewed by Capterra use these programs. In fact, just 18 per cent do. Instead, most hand out rewards on an ad hoc basis. They use traditional office software such as Slack, Microsoft Office or Sage 200cloud to send a note for a job well done.

However, as time passes, it seems inevitable that more forward-looking employers will look to add structure to their recognition activities.

They know that competition for the best workers is intensifying. In the race to hire and keep talent, employee engagement takes on a new significance.

In fact, Gartner has some interesting things to say about workplace engagement. It runs a quarterly Global Talent Monitor to track trends in the space. And it has concluded that high employee engagement usually correlates with greater average revenue growth, net profit margin, customer satisfaction and earnings per share.

Despite this, Gartner has found that employee engagement is low all over the world, and has been for at least the past two decades. As of 4Q 2018, the engaged workforce (those reporting both high discretionary effort and high intent to stay) was estimated at just 8.2 per cent of all workers.

This has to be an opportunity for more forward-looking enterprises. Gartner thinks so. In a blog, it spells out why recognition programs are so effective at boosting workplace engagement.

"In a tight labour market with more open jobs than people to fill them," it says, "rewards play an increasingly important role in attracting and retaining talent.

"An agile approach to total rewards means that organisations can offer lower-cost rewards that can be implemented quickly and address employee needs at the basic level. From there, total rewards and HR leaders can measure the value, cost and impact of a particular reward to determine whether to scale the reward up or down or remove it entirely.”

Highlights of the Capterra study:

Xexec is a leading Employee Benefits and Recognition provider championing workplace motivation and engagement. By offering over 3,000 discounts, a concierge service and global recognition platforms, we aim to increase productivity and employee motivation in the workplace.

Back to Blog
Topics: Employee Recognition,