What businesses can learn from The Queen's Gambit 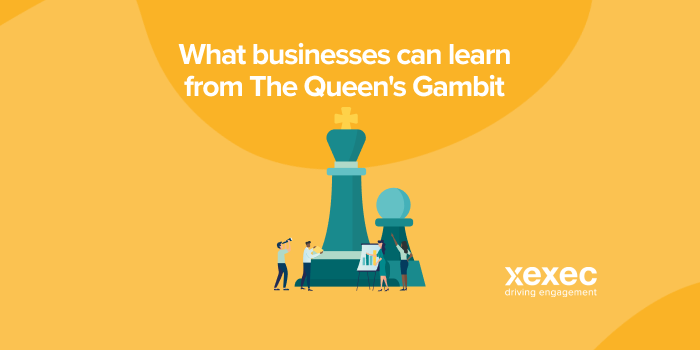 Crowned by Forbes as Netflix's biggest show of 2020, The Queen's Gambit is Netflix's most recent juggernaut, with over 62 million viewers globally, ranking No.1 in over 63 countries. It is a true success and there are so many golden nuggets which can be extrapolated and transferred into organisations in general, entrepreneurship as well as leadership. Tracing the journey of chess prodigy Beth Harmon on the path to becoming a world champion with one chess match after another is laced with so many subtle lessons which can help with growth, success and confidence.

Mentorship
All good leaders have mentors. Having role models and mentors opens up so many doors for executives, leaders, managers and even middle / lower end workers. This provides a pathway which helps move one towards greatness, expertise, thought leadership and growth. As Benjamin Franklin said, "Tell me and I forget, teach me and I may remember, involve me and I learn." Mentors provide information and knowledge, they can see where we need improvement where we often cannot ourselves. They often stimulate our professional and personal growth and offer encouragement, constantly pushing us to excel. They are great soundboards for exploring ideas and getting unfiltered, honest answers,

And this is what Beth does in The Queen's Gambit. She is consistently reading chess books, analyzing games and speaking and understanding what others are doing. She is focused and is constantly hungry to get to grips with every move, the why's and how's. She never stops asking, questioning and being curious, and this is what helps her climb the ranks and rise to success.

Persistence
Just as Winston Churchill put it, "success isn't final, failure isn't fatal", same to with chess protagonist, Beth Harmon. She is drawn to the chess board when she initially she sees the orphanage's janitor, Mr. Shaibel, playing alone in the basement. She asks to be taught, and is repeatedly told no. However, the lesson to be learnt, is she never ever gives up; she comes back daily, memorizing moves in just minutes, she replays matches in her mind on the ceiling of her orphanage and consistently asks questions. Despite loosing some matches and being turned away more than once, she impresses those around her with her tenacity and perseverance.

Organisations can learn that sometimes temporary failure and not always having initial success does not have to last forever. If they are consistent, willing to invest the time and learn and grow, the right opportunity will show up. It's very easy for businesses and business leaders to quit and give up prematurely, when they fail. Beth's determination gives hope, as it shows that you can succeed, despite all the odds on your side.

Authenticity
“In your game with Borgov, you should play the Sicilian,” says Harmon's trainer while training for her matchup against World Champion Vasily Borgov. Despite this being her signature style of play, it is always what the world champion is known for. “You should always play your line, never his. You play what's best for you” he reiterates.

A critical point to take is to stick to your guns, stick to what you believe in and what makes you stand out from the competition. Mastering your USP will get you further, than trying to mimic and copy what's already been done. Authenticity gives an organisation its own unique personality and is closely associated with a mission and vision. Coping and jumping on the bandwagon often has many pitfalls and can stray a business down the wrong road. Authenticity means you as a leader stands for something whole-heartedly, not just in words but in action too. Trust, transparency and following through ensures authenticity, which cannot be bought, copied or replicated.

Ditch the mold
From Beth's stern poker face not letting anything get by, to her brown laced shoes, she does not appear to be the epitome of a female heroine. While she searches the library for chess books, her peers are making out behind the shelves; and again she stood out from other children and teenagers with her mannerisms, appearances and desires. Beth's character turns all clichés on their head, as she defies all odds and remains loyal to herself and her journey to success. Things seemed stacked against her from the get-go. She is repeatedly told chess is not for girls, girls should be doing dance classes, not chess. This continues even when she becomes a pro, she's told she's too glamourous to be a chess player; there's no dedicated section for women, the list is endless.

Organisations and it's leaders need to dissolve stereotypes and judgements, especially in the workplace with its multiple diversities in gender, race, cultures and beliefs. Times are changing and things that used to be considered the status quo are constantly shifting and being challenged. There should be flexibility and openness, and the boundaries which kept black and white so rigid, need to be eased. Females can be CEOs; males can be secretaries. Mums can climb the corporate ladder despite being part time and not available 24/7.

With this in mind, why not read up more about the commitment culture in business here? Just as Beth commits her everything and succeeds, so too can you as an organisation.

Back to Blog
Topics: Employee Engagement