Why is employee recognition more relevant than ever? 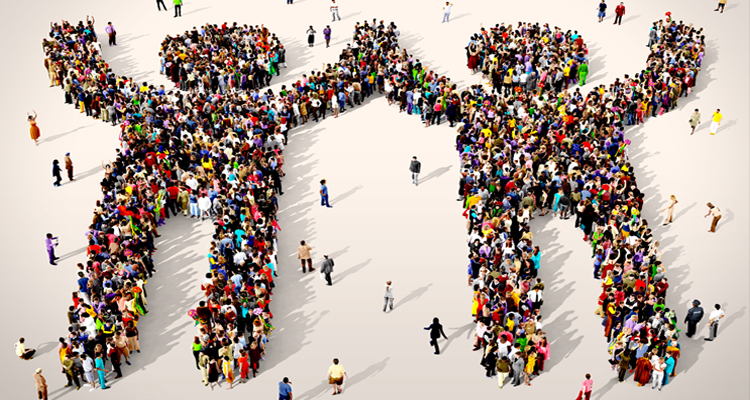 Employee recognition is an “inherently adaptable” aspect of the total reward package that can help employers respond to some of the key issues currently disrupting workforces, argued speakers at Xexec’s latest industry breakfast event, held at The Ivy on Thursday 7th March.

Jamie King, Head of Global Reward, at Xexec and Masha Boldyreva, VP - HR Global Reward at Colt Technology Services, discussed how employee recognition can encourage specific values and behaviors in the workplace and, crucially, unlock discretionary effort amongst employees. This at a time when traditional notions such as loyalty are becoming increasingly problematic due to changing workplace dynamics.

The trends disrupting modern workforces
Jamie King outlined contemporary disruptive trends such as Artificial Intelligence (AI) and the democratisation of the workplace, and how these are creating challenges for HR and reward professionals.

In Xexec’s recent survey of 1,000 employees from the UK’s largest companies (those with 500+ employees), the growing influence of AI and the impact of the gig economy both featured high up on the list of employee concerns with regards to job security.

Much has already been observed about the potential for AI to replace manual labour roles.However, King argued that: “creative industries, professions and even highly skilled technical jobs such as medicine are also at risk.” In fact, global management consultant McKinsey has predicted that intelligent agents and robots could eliminate 30% of the world’s human labour by ??.

The advent of the gig economy also has the potential to really shake up the notion of loyalty amongst employees. Statistics suggest that 50% of employees are planning to change career in the next 5 years , and 29% of workers in the USA were already undertaking gig work in 2015.

Recognition is inherently adaptable
“Against these changes the question of how to create loyalty in the modern workforce becomes more pertinent than ever” suggested King. Xexec has been giving a lot of thought to how employee benefits might need to be redefined over the next decade, in order to respond to these challenges. In many ways,the nature of employee recognition means that, it may be better suited to addressing these issues than the likes of employee benefits.

“Employee recognition is inherently adaptable” argued King. “You want it to change with your industry and company culture and, as a living solution that tends to run in phases, it’s very well suited to run with these changes.”

Following on from Jamie, Masha Boldyreva went on to explain that “encouraging positive behaviors and unlocking discretionary effort were the primary objectives” for high bandwidth connectivity provider, Colt Technology Services when looking at employee recognition solutions.

Recognition on a global scale
Boldyreva talked about the launch of Colt Inspire, a comprehensive employee portal for the business’ 5,000+ employees working across 22 countries.

Following a repositioning of Colt’s brand as a disruptive force in the marketplace and a decision to instill a challenger culture within the organisation, Colt introduced a number of success behaviours that supported its culture change and which could be  measured easily.

It was against this backdrop that the business’ recognition framework was revamped. Working with Xexec, Colt launched a “fantastic new portal” allowing colleagues to nominate each other for multiple financial and non-financial awards; including peer-to-peer thank yous, special occasions, instant financial awards, quarterly awards, career milestone awards and a CEO award.

In response to the international footprint of the organisation, Colt and Xexec developed a multi-currency programme, incorporating cost of living index calculators alongside local country redemption catalogues with retail vouchers and multi-currency prepaid cards.

The user-friendly nature of the portal – it was built for mobile, tablet and desktop devices and includes a ‘Facebook’ style newsfeed – meant that very little investment was needed in training.

The challenge for Colt was not lack of interest or support for employee recognition, rather ensuring that recognition was “done properly and for the right reasons”, suggested Boldyreva. Colt was already spending more than 2% of payroll on recognition, yet with a system that was not user friendly, with little governance and which wasn’t  fit for purpose for the business’ global workforce.

Recognising the ‘how’ and not the ‘what’
One of the key issues Boldyreva encouraged Colt’s board to reconsider at the outset was why recognition rewards were being made and, in particular, where recognition sat within the total reward package. “Whereas salary and bonus are very much about the what i.e. doing your job and/or exceeding your targets” she argued, “recognition has to be about the how.”

This thinking fed directly into the functionality of the portal. Aspects such as the e-cards (with their powerful words and imagery evoking the business’ ‘challenger’ culture) really came to the fore. Monitoring which behaviours were being recognised was also ‘hugely insightful’.

Having the right systems and governance in place was crucial in ensuring that a recognition programme was fair and sent the right messages to employees From Colt’s perspective it was important to adjust award values across the globe to account for differences in things like cost of living. Reporting was also important, with a results dashboard being sent to the executive team every quarter to keep them abreast of budgetary issues.

Other key lessons
Boldyreva concluded by considering that though the business has made great strides with employee recognition, the ability to review, analyse and make ongoing changes was crucial in ensuring that the system can continue to deliver against its objectives.

Xexec is an industry leading employee engagement, reward & recognition and customer loyalty programme provider. Founded in 2000 and headquartered in London and with offices in New York, Xexec has pioneered the growth behind online employee discount and concierge products and has gone onto build an extensive client base that includes the world’s biggest corporate brands. Not only does Xexec deliver bespoke services to large complex, multi-site global corporates, but it also builds provides simple plug-and-play solutions for businesses of all sizes. Xexec has three specific service offerings that include, Discounts & Concierge, global Reward & Recognition and Salary Sacrifice. Get in touch with Xexec for more information.

Back to Blog
Topics: Employee Recognition,